Omnibeton, manufacturer of noise barriers, is an avid user of inland navigation. After several projects in the Ghent region, in which the noise barriers were supplied by barge, Omnibeton once again called in a barge and JoGo Logistics for a project along the R6 in Mechelen.

In total, JoGo Logistics transported 220 noise barriers and delta-blocks in 2 shipments from Hasselt to Tisselt-Willebroek (one shipment equals 830 tonnes). JoGo Logistics used the inland vessel Freedom for this job. The load was unloaded on the quay and placed on a flatbed using 2 forklifts (1 in the hold and 1 on the quay) and the pallet cross-over system.

JoGo Logistics is familiar with the handling of noise barriers. The location where the noise barriers were installed along the R6 was 15 km from the quay.

Engineer Wouter De Preter, Production Director and Director of Omnibeton, sees his faith in inland navigation confirmed: “We saved a total of 84 rides on the road (there and back) between Hasselt and Mechelen. It is also important that we avoided the E313 and the congested ring road around Antwerp. In total, we've saved over 15,000 road miles."

The Flemish government followed this project closely. It has been demonstrated once again that, provided that the production is well-coordinated and efficient planning is in place, inland navigation can be used successfully for such projects. 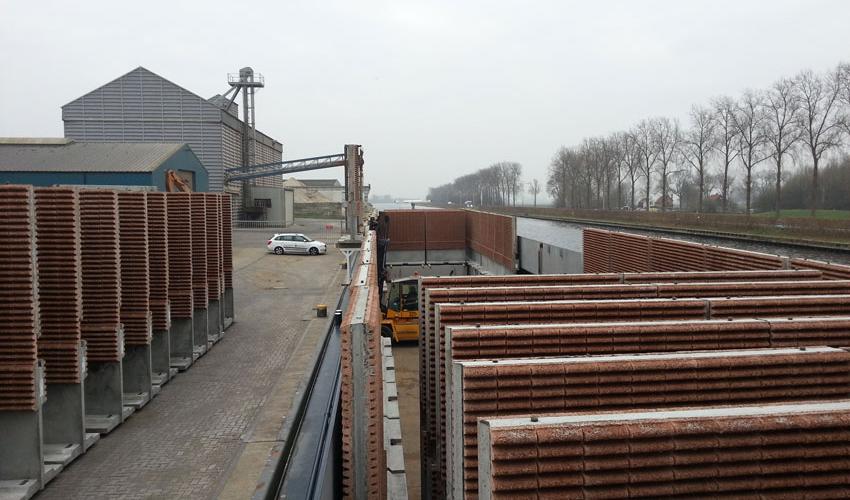 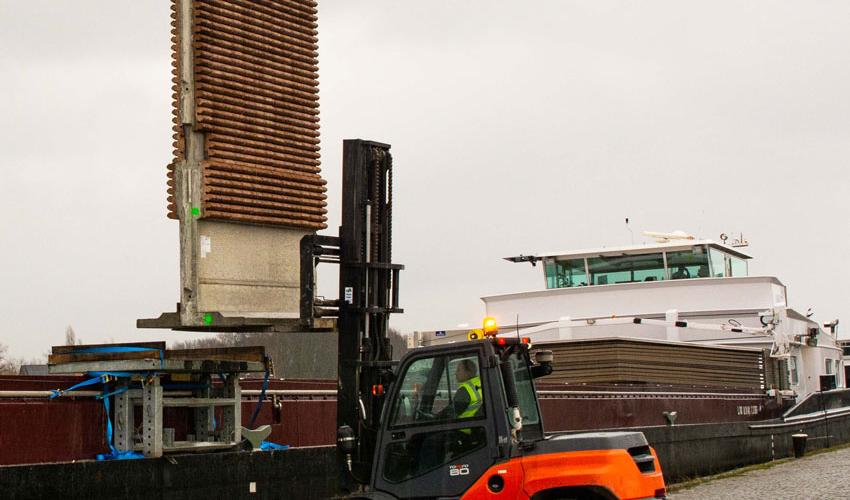 A suitable quote for more control over your logistics chain?